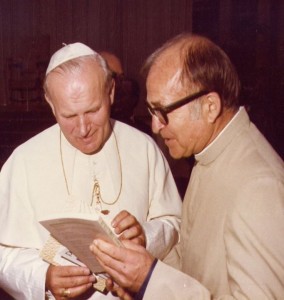 Rev. Eusebe-H. Menard A Quebecer born January 6, 1916 in East Broughton, Beauce County and christened Henri. His father was a modest shoemaker who, to provide for his eleven children (nine boys and two ...

Promote, Form, & Accompany Men To The Priesthood and leaders of the Church As an apostolic society our members must make their own way in the world while engaged in apostolates that are consistent ... 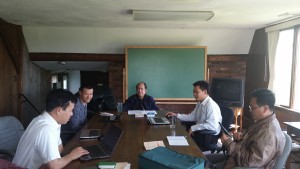 Formation Formation, first of all, is the work of the Holy Spirit to which the candidate contributes. The candidate is the principle agent of his own formation by responding to the promptings of the Spirit. ~ ...

We, the Missionaries of the Holy Apostles of the Delegation of the Word of God of Vietnam, are a community of Priests and Brothers.

Community The Word of God of Vietnam (Dei Verbum) founded by Rev. Martin Hoang Xuan Nguyen in 2000 in Vinh diocese. It is a small community. Since 2012, we have learned about The Missionaries of the Holy Apostles. We have seen that their missions have some points similar with our mission. For that reason and for the good of the Church, on June 24th, 2014 we decided to merger with MSA and became a MSA delegation community named The Word of God of Vietnam.

Our Charism is to promote and form men to the priesthood and lay leaders for service in the Universal Church.

Our spirituality is strengthened by the Mystical Body of Christ and finds its source in Jesus as Pastor, Prophet, and Priest. It is centered on the Eucharist, the Priesthood and the Word of God.

Our lifestyle is inspired by the Holy Spirit and modeled after our patrons: the Apostles, Mary Queen of the Apostles and Saint Francis of Assisi.

On the 24th of June, 2014 the local Community of Vietnam “Word of God” was created. There are presently nine members : 4 are in Vietnam and 5 are studying in the United States. 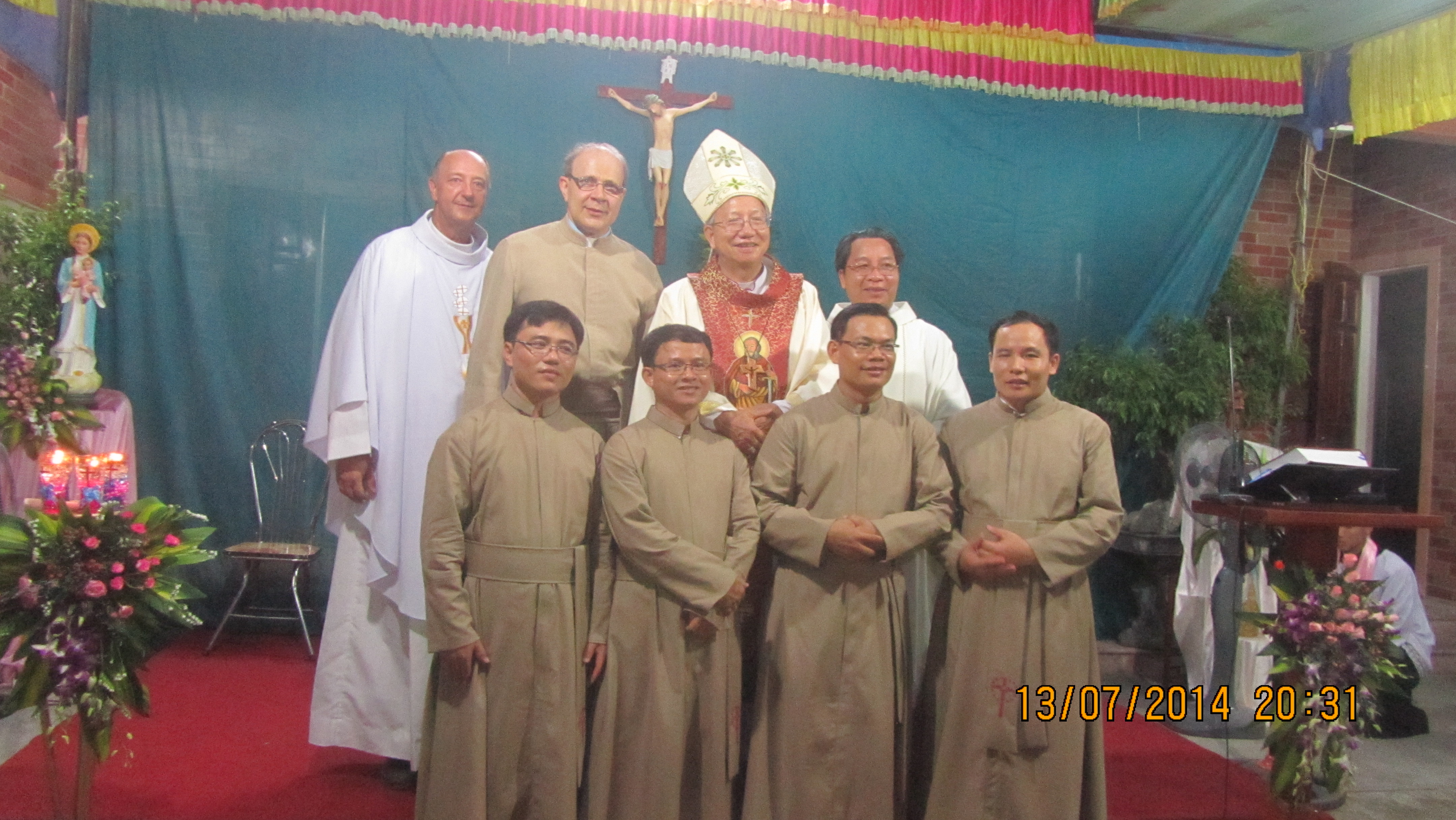 The Four who are in Vietnam made their first promise of fidelity at the community house in Vinh. The ceremony took place on the 13th of July 2014 and was presided by Msgr. Paul Nguyen Thai Hop, OP, Bishop of the Diocese of Vinh. From left to right, first row, we have Peter Long Tat Nguyen, John Baptist Vinh Sy Ho, Francis Xavier Thin The Nguyen and Peter Phong Van Nguyen. In the second row: Fr. Edward Przygocki, MSA; Fr. Christian Rodembourg, MSA; Msgr Paul Thai Hop, OP and Father Martino Hoang Xuan Nguyen (founder of the community in Vietnam). 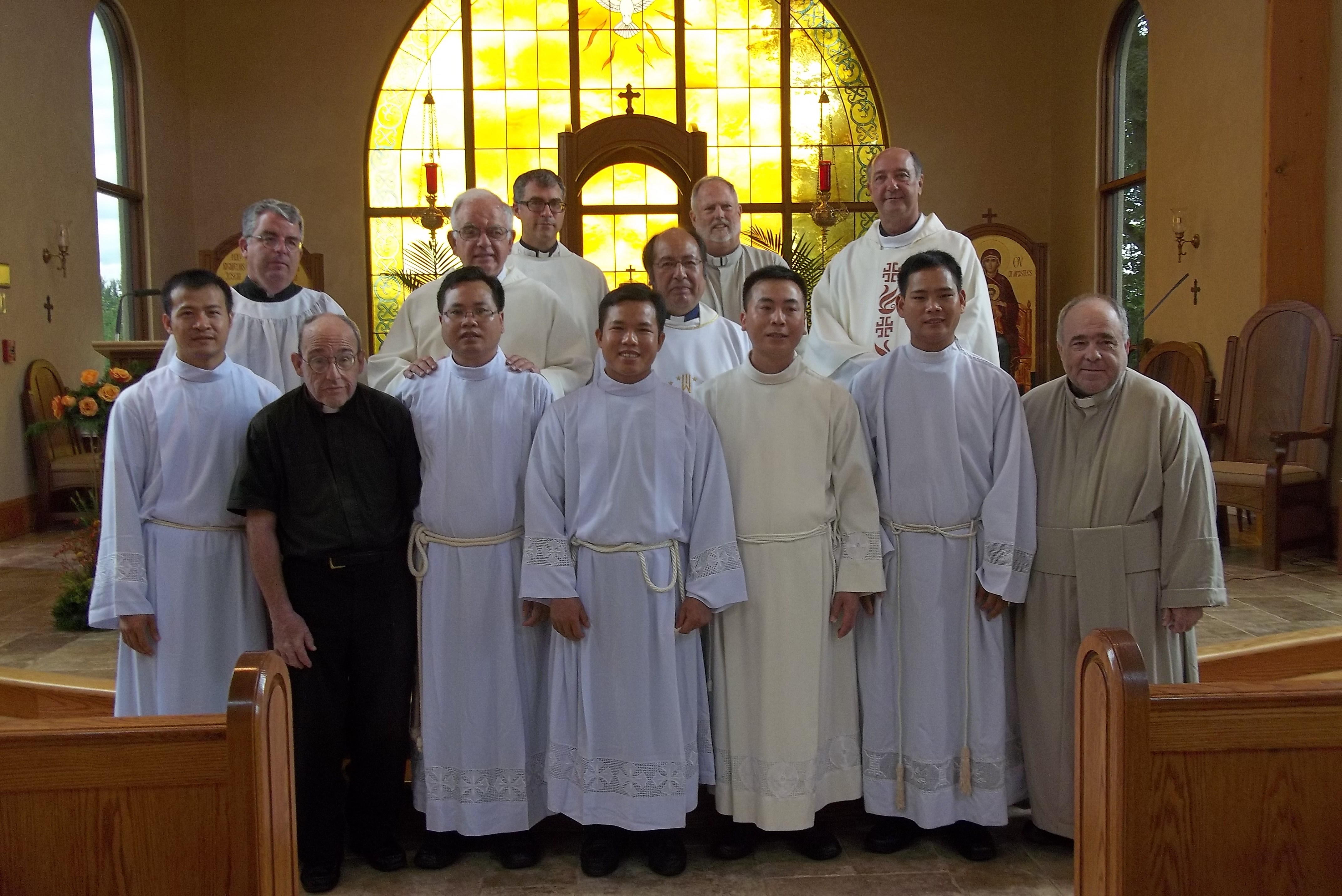 The other five who are in the United States made their first promise of fidelity at the Seminary of the Holy Apostles in Cromwell. The ceremony took place on the 15th of August 2014 and was presided by the Animator General. We can see on the photo from left to right on the first line: Anthony Giap Xuan Dinh, Br. Bob, Jean-Baptiste Hieu Huu Ho,  Paul Lich Xuan Dang, Joseph Danh Van Nguyen, Michael Hai Van Tran and Fr. Bak. Second line: Br. Jame, Fr. David, Fr. Isaac-C. Martinez-Chuquizana, Fr. Edward Przgocki. Third line: Fr. Peter, Br. Glenn.